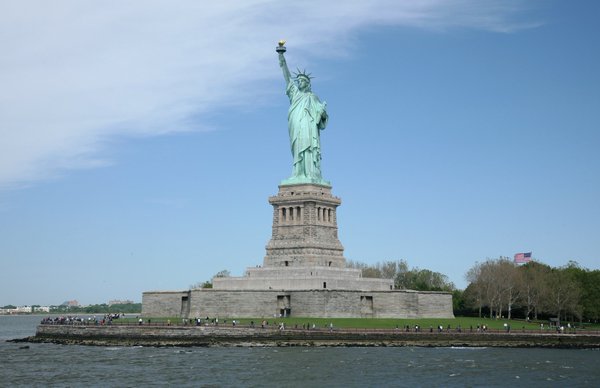 Since Donald Trump’s election, one of the big topics of discussion among his opponents has been “normalization.” That’s shorthand for the viewpoint held by many in the media and Democratic Party that they have an ethical duty to keep the president’s behavior from seeming mainstream. But now, as another terror attack rocks London, we’re on the precipice of a different type of normalization—a normalization of extremist, sectarian violence in the Western world.

These two issues are connected by the emotional argument around the concept of tolerance. President Trump believes we need to have “extreme vetting” of immigrants from some Muslim-majority countries in order to prevent jihadist wolves from slipping in between the flocks of sheep who just want a better life. Critics like Sen. Elizabeth Warren (D-Mass.) cry foul and say that his proposed vetting and travel bans “will only increase racism.”

In other words, today’s conflict with Islamic extremism is revealing an emerging contradiction that’s big enough to break America: Our national virtue of tolerance is a guarantor of liberty, but could be its executioner, too.

It’s important to recognize that in the time of the Founding Fathers, there was a sense of relief that tolerance wouldn’t actually be needed. Said John Jay, future Chief Justice of the Supreme Court, in his famous Federalist Paper #2:

I have as often taken notice that Providence has been pleased to give this one connected country to one united people – a people descended from the same ancestors, speaking the same language, professing the same religion, attached to the same principles of government, very similar in their manners and customs.

The fact that our nation is as diverse as it is and that so many different peoples have attained the American dream may be the greatest achievement of Western civilization. Had the fruit of democracy only gone to the pilgrims and planters who showed up first, then the United States would be just another crooked republic in the company of peers like Pakistan, Russia, and Indonesia.

But there has been an important element to this success, familiar through the lines on the Statue of Liberty that read, “Give me your tired, your poor, Your huddled masses yearning to breathe free.” The people coming to this country need to actually yearn to breathe free. They have to want to be Americans. They have to understand what most reasonable people in the United States do. America isn’t a race, culture, language, or religion; it’s really an idea and a corresponding set of values that support it.

Which is how we get back to tolerance, one of the greatest contradictions right now in America. America must be willing and able to extend its benefits to new settlers, regardless of race or religion. However, those new immigrants must accept American values once they’re here. If current citizens won’t accept new ones, then America is a fraud. But if new settlers don’t adopt the values that provided for their admission, the whole machine will break down. Yes, nativism is hypocrisy. But immigration without assimilation is suicide.

This issue affects us in other ways besides concerns about terrorism. America is becoming a more diverse nation, but for our society to be a pluralistic one that reaches beyond its Judeo-Christian roots, there needs to be a new commitment to our shared common values. Concepts like liberty, equality, free enterprise and tolerance can bridge the gaps between tribal markers like race and religion. For some conservatives, this will require pushing back against the ugly side of Trump’s style and forgiving Muslim immigrants for being different. And for liberals, it’s going to require backing off from a foolish attitude that demonizes assimilation. A country of 300 million people cannot be split between tribes. This experiment will not go on if we are all either “Anglo-Americans,” “Mexican-Americans,” “African-Americans,” or “Asian-Americans.”

But how do you do that? In the old days, religion bridged the space between hyphenated identities. Reformed Judaism and the Roman Catholic Church helped immigrants from cultures deemed alien in their own time learn how to be Americans while still holding on to the traditions they brought from the Old World. However, as religious affiliation declines and diversifies in America, our national values will need to be transmitted through other ways. Public schools, media platforms and private socialization will have to fill this void so future generations understand the mutually beneficial transaction that has powered centuries of successful immigration in America. It’s a transaction that requires newcomers to accede to a standard set of values in exchange for natives dropping their animal instinct to turn their backs on people who seem different.

This process can go on indefinitely so long as the heart of America stays the same. The best way to guarantee that future generations of immigrants from far-flung places like China, Honduras, and Egypt will prosper as past generations did is to double-down on promoting our bedrock American values, and do it without fear of being labeled a racist. That means once again leaning on the great American melting pot and resisting the urge to label the process of assimilation a disparaging act of “cultural appropriation.”

The truth is that tolerance alone can’t save America. That virtue needs a corresponding set of values to guide it. And the good news is that we’ve already got them. They’ve always been here. More so than any race or religion, our values of liberty, equality, free enterprise, and tolerance are what it means to be an American. The melting pot has never been perfect but it is the envy of the world when it comes to integrating newcomers into a free society.

Today’s crisis of tolerance is terrorism, but tomorrow’s will be national unity. In response to these dueling threats, British Prime Minister Theresa May told the British people after this last attack: “There is—to be frank—far too much tolerance of extremism in our country” and that addressing it “will require some difficult, and often embarrassing, conversations.” Americans would be wise to listen too.