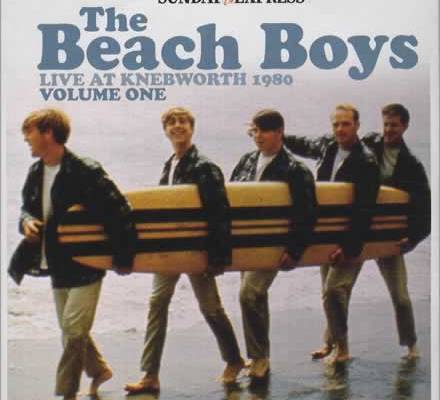 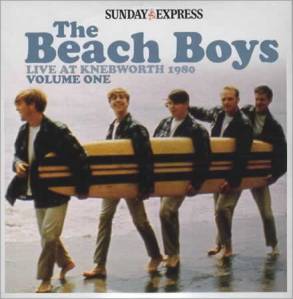 They say a picture’s worth a thousand words but I’m yet to put a finger on what a song will get you. So with that in mind, here are a few songs you’ll hear around town, and maybe what you’ll be up to when you do.

“The Boys of Summer” by Don Henley.

It’s the hour of greatest clarity as the sun dips low in your rearview mirror and the first chill of the evening mist bites in the wind. Surfers fasten boards to jalopies and hang their wetsuits out to dry as you drive east, away from the purity of the ocean to a world where palm trees become skyscrapers; breaking waves become squealing breaks; and lifeguard whistles become Monday morning alarms.

You are pulling out of LAX with your friend from back east in the car. He’s never seen LA and you’re really just playing to his imagination as you crawl through airport traffic to the song he thought he’d be pouring champagne bottles over bikini models in Malibu to. In real life, you just sit on Sepulveda, breathing the diesel of city buses and the heavy fumes of jet engines powering-up for the long ride to Japan. Your friend looks around and his eyes ask “did I just fly six hours to hell?”

“California Girls” by the Beach Boys

You are wearing a Hawaiian shirt in Newport, eating lunch on someone else’s tab at the yacht club on the bay. A cover band plays the song and they’re all fifty and white haired and you find yourself surrounded by sun-bleached families that are as beautiful as the Irvine Hills that taper down into the Pacific. The boys have freckles on their noses and the girls have highlights in their hair. Everyone looks like they’re at summer camp today and Wimbledon tomorrow.

You are eating lunch at a bar in Marina Del Rey where the unvarnished wood smells like the PBR someone spilled so long ago it wasn’t even ironic. The ocean air comes in through the screen door while you eat a cheeseburger next to a greybeard named Sam who’s missing one of his front teeth. You’re not sure what his profession is but you’re pretty sure he lives on a boat.

It’s Christmas time in Kentucky and the radio dial in your mom’s car is cold to the touch when you turn up the volume. That’s because this is the song that you believe is the real Los Angeles anthem: a story about falling in love between the canyons; about Hollywood’s tedium and mediocrity; about the 101 highway you avoid like the plague. You drive through town and park at the grocery store, letting the car idle underneath the gray Midwestern sky as you let the last bars play out.

“Good Vibrations” by Marky Mark and the Funky Bunch

You used to be jogging but not you’re stopped. That’s because you just ran into Olympic Boulevard, all six lanes of it, and there’s nothing for you to do now but wait while you soak in the carbon monoxide fumes of passing traffic. It’s hot and stinky and as the mufflers drown-out your iTunes, you think about what a disaster your physical fitness has been ever since you moved to a city where a helicopter is the only safe way to escape your neighborhood.

“Hotel California” by the Eagles

It’s night as you drive down Wilshire Boulevard underneath the Beverly Hills palms. Traffic moves only slightly slower than you wish it would but you’re annoyed at how every time you get up to speed, the whole road ahead of you lights up red with halting taillights. When you hear the whole “Dark desert highway / cool wind in my hair” schpeal you think the same thing you always do – that you should get out of the city. Maybe see the coast up north or the mountains inland. Whatever, you keep going. There will be time for that later.

You are in the airport in Atlanta, Georgia, wondering why you love this song so much. It made so much more sense up against the backdrop of rollerblades, volleyball nets, and beach graffiti at that party in Venice, but here in the land of humidity and Chevy Cobalts, it sounds tinny and dated.

“LA Woman” by The Doors

The brightness of your iPhone screen burns your eyes as you sit parked outside your friend’s apartment in full night. On the side streets of Los Angeles night is total. Dark. Peaceful. Hints of a city in the lights stretched across the valley, the hills rising higher, a skyscraper like a wart here and there. Jack opens the door and sits down in the car as the bass line rises and Jim Morrison begins to crow. “Thanks for driving,” he says.

A hipster you might have judged for his shitty fedora hat feeds a five-dollar bill into a dive bar jukebox and this is the first song he picks. You’re now his friend, maybe seeing a bit of yourself in a song about youth on the plains, kind of how everyone selfishly identifies with whatever is good. You tap your fingers to the beat while you wait for some networking date to arrive – apparently a person and not just a name in an email signature.

You’ve never actually lived in New York but this song still captures your imagination and in a way, comes with doubt. You think of all your friends back east who probably stayed up until 4:00 in the morning, banging their mugs and singing along while you were asleep 3,000 miles away. It’s hard to imagine this life now – one without cars, where your world extends only as far as you can see and not across the three freeway interchanges between here and San Diego. Decisions unleash potential but they also eliminate possibility. So it is in Los Angeles, California.