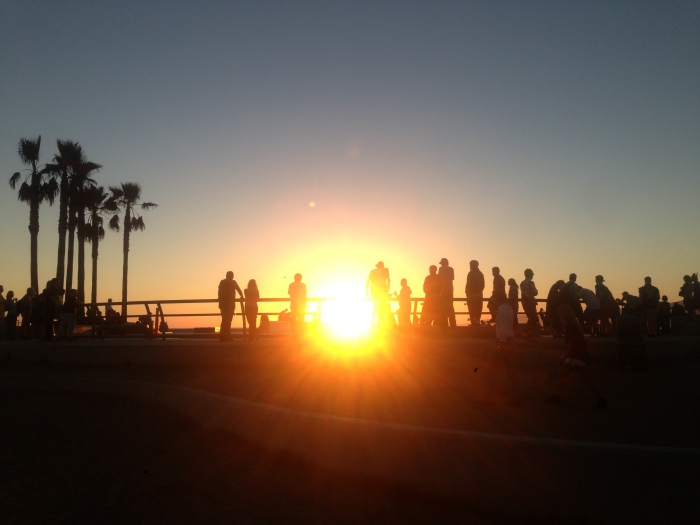 You have been lied to by Hollywood. I know that they’ve convinced you that California is just a TV screen away, but when you leave your living room to have a look for yourself, you’ll see that there are a few cultural ticks and tocks that don’t quite fit your frame of reference.

Here is a breakdown on some norms that you should get acquainted with before you consider a life as a carpet bagger. And yes… relax… you can still wear J. Crew here.

LA is really far away: People talk about coming west for a new beginning but I’d like to modify this a bit. Those of us who aren’t hobos quickly realize that there’s no way to keep up with life three thousand miles away. So whether you planned to or not, moving to LA means you’re asking for a new beginning, and there’s a lot of community built around that.

Blue skies and casino floors have a lot in common: It’s impossible to keep track of time here. Every day is 70 degrees and sunny. At some point, a layer of fog creeps in from the Pacific and all the tourists get on I-10 and head back east to their homes. But nothing ever changes.

I’ve been having lots of dreams about fall and winter lately, so my brain definitely knows the seasons are supposed to be changing. But they don’t out here.

The guys here are… interesting: What do you get when you put a million (literally) 25 year-old guys who think they’re the next George Clooney, Aaron Sorkin, or Stephen Spielberg in between two canyons? West LA.

Anyway, LA guys tend to be a little fixated on themselves – image, yes – but choosing a creative career also seems to make them think they need to unload all their great ideas and maybe justify why they aren’t working at a bank or something. That requires a lot of chatter and a lot of the pronouns “I”, “me”, “my”.

There’s a silver lining though. Meeting girls in LA is actually easier than anywhere else I’ve been. They appreciate guys who can take the two minutes to say “how are you?” and are glad to see that at least one male is on the joke re: LA dudes.

Individuality ranks associations: People don’t care that much where you went to college or if you work for a dynamite bank or influential senator. Most of the people I meet are defined by their aspirations. This carries to the professional level: what are you doing to make aspirations real?

I love this. There’s a think-big entrepreneurial energy to the city. Everyone’s marketing themselves and that can get tiresome, but it’s all with an aim to actually start that company or sell that TV show. It’s great energy. It’s not about your business card; it’s about your vision.

People talk about traffic, not weather: The weather is always perfect so people carp about the roads instead.

Small talk, in general, is different: No one cares too much where you went to college, so they tend to be more interested in how you wound up out here. Tell them the truth and you’ll get their tale about leaving Ohio or Boston or something behind when logic dictated otherwise.

LA can be a resort: leisure activities include beaches, mountain climbing, sailing, fine dining… you get the idea. Even my crappy apartment looks out onto the Santa Monica Mountains. Century City twinkles in the foreground.

Doing things is a reminder of not doing things: I’m really happy to have moved out here. However, acting affirmatively has the consequence of revealing decisions that I did not make. Other courses. For example, I will probably never be a guitar player in Paris; young gun in New York; or have a beach house on Cape Cod. I’m fine with all of that, but there is a finality to making decisions which I think for most of us, keeps us from ever making decisions. I’m sure hoping this one turns out swell, because I love it out here.